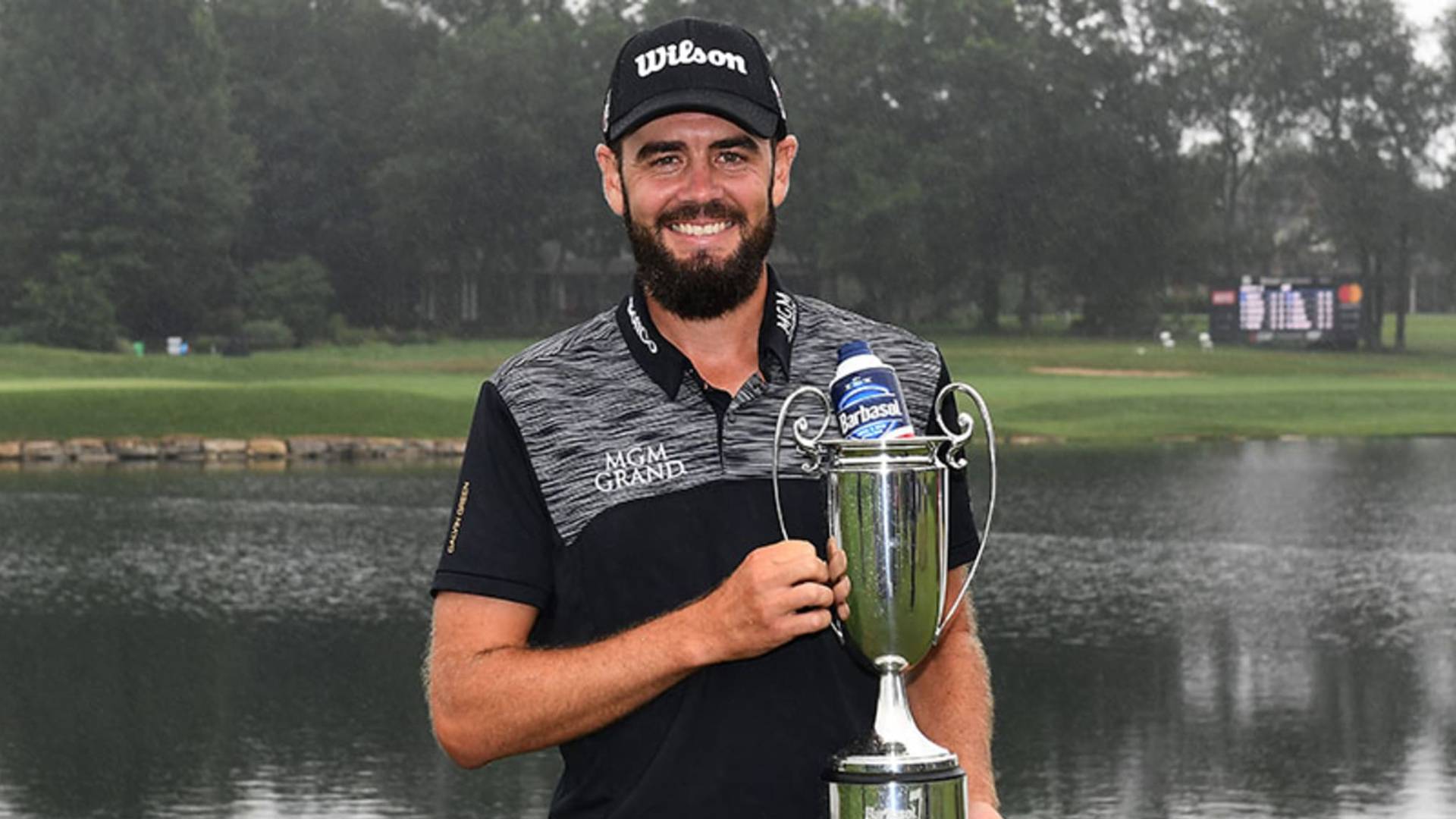 Troy Meritt is a two-time PGA Tour winner. The American has been active in the professional golf circuit since 2008. At 36, Meritt is not the youngest golfer, but he is yet to be categorized as a veteran. This article will go through Troy Meritt’s net worth and other aspects of his life and career.

Troy Meritt has earned more than $10 million from his golfing career. From a financial perspective, his most successful year was 2015, when he touched the $2 million milestones for the first and the only time in his career. In the recently concluded 2021, he made about $700k.

Meritt signed an equipment deal with Wilson on the endorsement front in 2019. Currently, he is on the books of Titleist. In 2021, SoftCo, a fintech firm, renewed its sponsorship deal with Meritt.

Although he began his pro golfing career in 2008, Merritt won his first Nationwide Tour event on September 6, 2009, at the Mexico Open. The victory resulted in a $117,000 payday. Troy won the competition defeating Australian golfer Adam Bland.

On December 7, 2009, Meritt made history at the PGA Tour qualifiers. He led every round as he went on to win the event; only two players had managed to do that before. A single stroke set him apart from the experienced Jeff Maggart. In 2010, Meritt did the bare minimum and secured the 125th position at the PGA, enough to get him a recall for the competition the following year.

2015 was Meritt’s lucky year as he went on to win his first PGA Tour event when he took part in the Quicken Loans National. This time, he broke the course record at the Robert Trent Jones Golf Club with a third-round hit of 61. In the end, he claimed the bragging rights at 18-under 266.

The 2018 iteration of the Barbasol Championship brought Meritt his second PGA Tour glory. He opened with a 62 and raced to a one-stroke win, courtesy of a last-round hit of 67. Meritt played in the tournament with severe complications and had to go under the surgeon’s knife less than two weeks after winning the competition.

Troy Meritt married Courtney Achter on March 13, 2010, at the picturesque Casa Ybel Resort off the coast of Florida. The couple has two sons together, Dodge and Scout.

Courtney is the youngest child of her parents, Timothy Achter and Nancy Kay. Timothy and Nancy have an elder son, whose name is Andrew Achter. Courtney was a student of the Bronco State University in Boise, Idaho. She was a part of the college’s gymnastics team.

Troy and Courtney met before Troy turned pro. Troy told Courtney that he dreams of becoming a successful golfer, and she has been supporting his dream from day one. Two years after playing his first professional event, Troy proposed to Courtney, and she replied with a sweet yes. The couple did not wait long to tie the knot and married the same year.

Troy Meritt grew up in Boise, Idaho, but he was born further midwest in the country. He was born in the Mitchell County city of Osage in Iowa on October 25, 1985. His parents were both educators. In high school, he took up golf and developed a strong admiration for the sport. Meritt got accepted at the Winona State University, where he played college golf. He then transferred his credits to Boise State University and completed his graduation there. Meritt made Boise State’s first-team All-WAC selection.

Troy Meritt is a Titleist endorsed golfer, and all his gears come from the Massachusetts-based company.

Troy Meritt opts for TSi3 Drivers from Titleist. The TSi4 offers more distance, but Troy prefers the TSi3 as he finds it more suitable to have reasonable control over the ball trajectory. Titleist has constructed this driver from ATI 425 Aerospace Titanium. Therefore, it’s a tough nut to crack and can deliver top speed regardless of the contact point.

Next up, you will find the Titleist TSi2 Fairways in Troy’s bag. This is one of the most beautiful fairways you have ever laid your eyes on in terms of aesthetics. The slim, modern sole gives it a sleek look and gives it the ability to make some clean, powerful strikes. The weight port Titleist put on the back makes TSi2 Fairways incredibly comfortable to swing.

Titleist has equipped Troy with its redesigned T100 and T200 clubs for irons. Both irons have gone through significant modifications in terms of appearance and specifications. None of these irons will be ranked as the most forgiving ones, but if you know your way around irons, you will find these quite fun to use.

Troy’s Titleist Vokey SM8 wedges provide a generous amount of spin. You can get unbelievable spin because of the wedges Spin Milled design. The extra grind can help with your bunker shots. What makes these wedges even more appealing is their seemingly endless customization options.

A Titleist bag and PRO V1 balls round up Troy Meritt’sMeritt’s equipment list.

Troy Meritt has been in the world of golf for about 14 years now. He has had some significant successes in his career, but he will feel he can hope for more since he still has many years ahead of him as a professional. Troy Meritt’s net worth is impressive at the moment, but it could be even better in a few years.