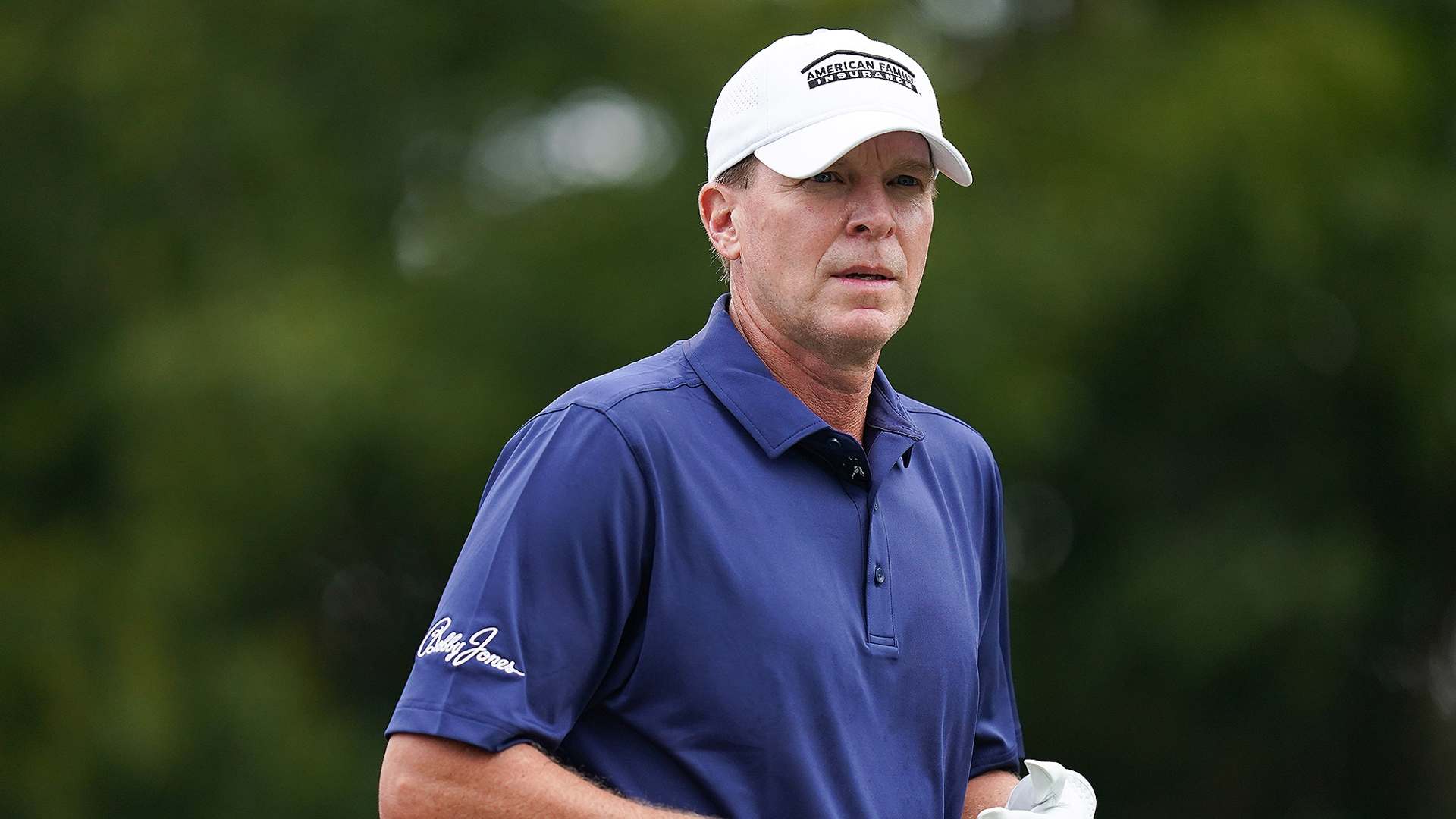 Steve Stricker is a celebrity golfer who has been active in the scene since the 1990s. Stricker is one of the oldest currently active golfers in the world right now. Throughout his illustrious career, he has won 28 professional tournaments. In this piece, we will cover Steve Stricker’s net worth, personal life, and career achievements.

Steve Stricker continues to be in excellent form in recent events. Stricker won his maiden senior major championship at the Regions Tradition in 2019. In June of the same year, Stricker then won his second senior major, the U.S. Senior Open, by six strokes over Jerry Kelly and David Toms.

Stricker added the sixth PGA Tour title into his trophy cabinet as he won the Chubb Classic in April 2021.

Two months later, Stricker won his third senior major at Firestone Country Club in Akron, Ohio, in the Senior Players Championship. Stricker was eight strokes ahead going into the final round. He won by six strokes over Jerry Kelly after shooting an even-par 70 in the final round.

Steve Stricker currently has a net worth of $40 million. He has had a successful career that spans three decades and brought him $44,429,619 from 511 events.

His biggest payday came at the John Deere Classic, where he pocketed $3,23,663. In the All-Time Money Leaders of Golf, Stricker occupies the 16th position.

Two days after winning the U.S. Open in 2019, Steve Stricker signed an endorsement deal with Odyssey that required the veteran golfer to use Odyssey putters. It’s a bit unconventional to sign a sponsorship deal exclusively for putters since equipment deals usually involve the full range of clubs.

Steve Stricker was born in Edgerton, Wisconsin, on February 23, 1967, to Bob Stricker and Caroline Stricker. Steve had one brother, Scott Stricker, who passed away in 2014 after a lengthy battle with Crohn’s disease. Stricker got accepted by the University of Illinois. He was part of the university’s golf team, achieving All-American honors.

Steve is a happily married man who enjoys spending time with his wife and children. In 1993, Steve married Nicki Stricker, whom he had been dating for a long time. When the wedding took place, Steve was yet to make his name as a golfer, so the ceremony escaped extensive media attention.

The couple has two daughters-Bobbi Maria Stricker and Izzy Stricker. Both of them inherited their father’s passion for golf. Bobbi won the Wisconsin’s Women’s Amateur in July 2021. Izzi led the Waunakee girls golf team to victory at the Badger East Conference.

Steve’s wife Nikki comes from a golfing family as well. Her dad Dennis Tiziani and her brother Mario Tiziani are PGA Tour golfers. Nikki has often caddied for her husband.

Stricker began his professional career in 1990 on the Canadian Professional Golf Tour[4], where he won twice. Stricker made his PGA Tour debut in 1994, and his first major victory came in 1996, winning the Kemper Open and the Motorola Western Open and seven top-ten finishes.

In 2004, Stricker’s tour card was revoked. In 2006, he earned seven top-ten results as a 39-year-old, making the best use of the sponsor exemptions he got. He deservingly got named as the Comeback Player of the Year.

He won his fourth PGA Tour championship on August 26, 2007, at The Barclays. It was his first win in America for more than a decade, 11 years to be precise. The result was instrumental in getting Stricker a Presidents Cup call-up.

The Barclays victory lifted Stricker to the fourth position, a career highest at that time, in global rankings. Stricker fell short to Tiger Woods in the 2007 FedEx Cup PlayOffs, but that didn’t stop him from winning the Comeback Player of the Year for a second time. The Wisconsin State Golf Association honored Stricker In 2007 by making him an inductee of their Hall of Fame.

Stricker lost in a play-off to Daniel Chopra at the Mercedes Benz Championship, the season’s curtain-raiser. This performance propelled Stricker to No. 3 in the Official World Golf Ranking, his highest position to that point.

Steve Stricker, What’s In The Bag?

Steve has a Callaway Epic Speed Triple Diamond driver at the top of his bag. You will, however, still find his older Titleist woods with him. His three-wood has a loft of 13.5 degrees, and his hybrid features a 17-degree loft.

He has used Titleist irons for the majority of his career, but he has just added a Callaway Apex ’19 Raw three-iron to his bag, as well as a set of Callaway Apex TCB’s from four to nine irons.

He also has three Titleist Vokey wedges in his bag. The first is an SM8, the second is an SM6, and the third is an SM4.

His last weapon is an Odyssey White Hot 2 putter, and he also plays with a Titleist Pro V1x golf ball.

Steve Stricker’s net worth shows that he is one of the wealthiest golfers in the world. The Wisconsin native shows no signs of slowing down even though he is approaching his sixties.