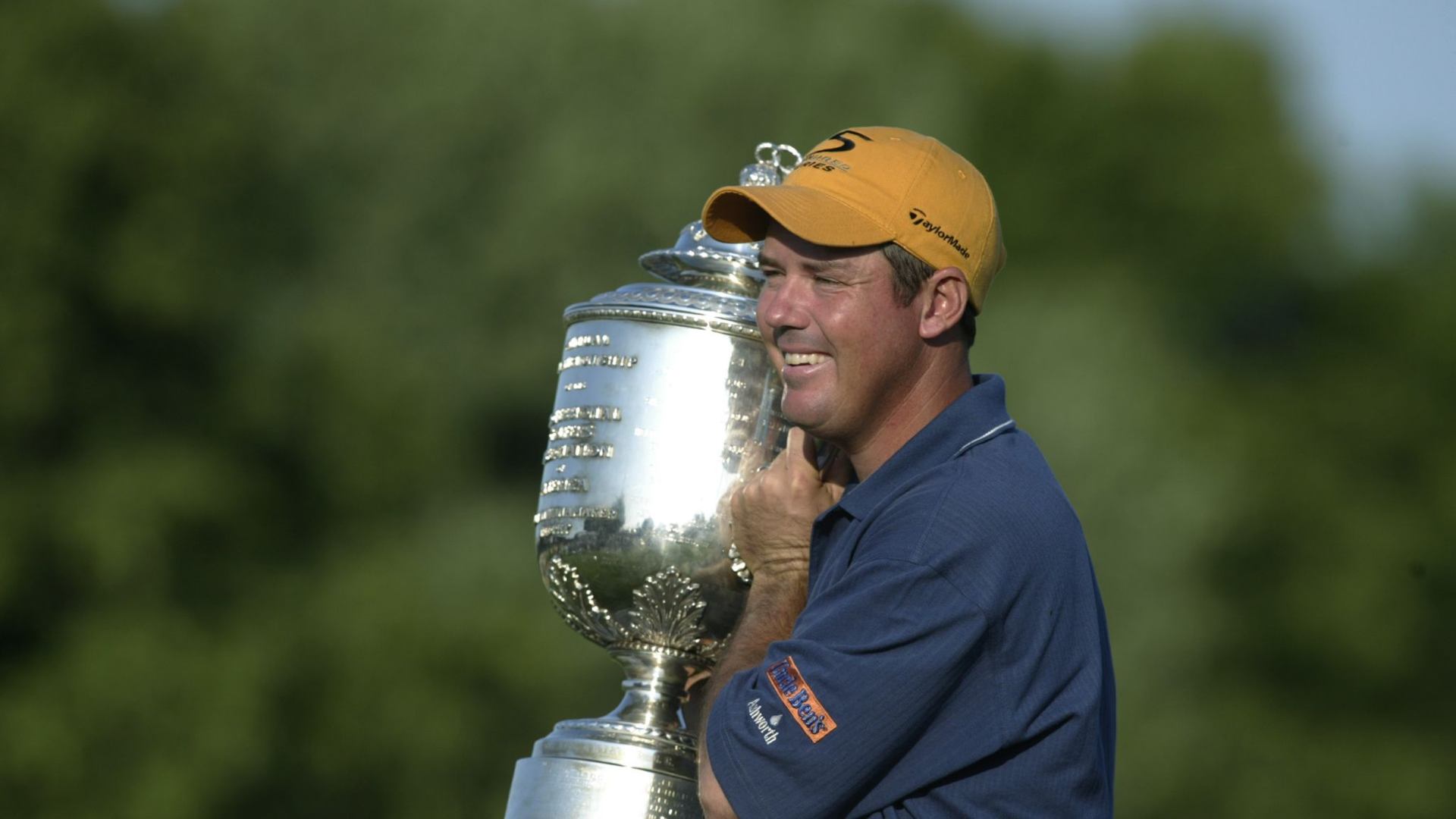 Rich Beem is an American golf player who had sent shockwaves throughout the golf world with his PGA Championship triumph in 2002. In this article, we will take a look back at Rich Beem’s career and analyze Rich Beem’s net worth.

Beem won a new red Altima coupe after making a hole-in-one at the 14th hole on live television at the 2007 Nissan Open at Riviera. Beem got into the car as soon as he won it and celebrated his win, embracing it. Nissan used the footage of Beem’s celebrations in their commercial. Beem later revealed Peter Jacobsen inspired his celebration. The latter had bested the same hole thirteen years prior and wasted no time jumping into the 300ZX convertible that waited for him.

In 2010, Beem had to take a break from golfing after undergoing back surgery. Initially, Beem’s post-surgery recovery period was expected to be around six weeks. Still, the Texas native could not pick up his iron for the remainder of the 2010 season because of some rehabilitation setbacks.

Beem competed in the 2011 season with a medical exemption, which needed him to earn $658,100 in 17 events. Before qualifying for the Valero Texas Open, he had missed the first six cuts of the 2011 season.

He ended in a tie for 15th place. In 21 events, Beem only made five cuts. As a result, he lost his tour card and spent the rest of the 2012 season in the “past champions” division. In 2012, he competed on the European Tour for the final year of his ten-year exemption for winning the 2002 PGA Championship.

Sky Sports recruited Beem as a golf analyst and commentator in 2015. He also intended to compete in the UBS Hong Kong Open, but he opted out of his sponsor exemption so Ian Poulter could preserve his European Tour card. You can hear Beem’s voice as a commentator in the PGA Tour 2K21 video game.

Rich Beem’s total career earnings stand at $9,656,391. He has earned more than a million from his 20 PGA Tour appearances.

Rich Beem played college golf at New Mexico State University before beginning his professional career in 1994. Early on, he was not sure about pursuing golf as a career. So, he explored other avenues like selling stereos and mobile phones. Eventually, he found his true calling at golf and returned as a full-time professional. JP Hayes winning the 1998 Buick Classic prompted him to get back into action.

Beem took home the Kemper Open trophy as a rookie in 1999. Three years later, he won The International in Castle Rock, Colorado, propelling his career even farther forward. Beem won the 2002 PGA Championship at Hazeltine National, one of golf’s four major championships, two weeks later to continue his winning streak.

After hitting a par 72 in the first round, he recorded a six-under 66 in the second to tie for the first position with five other players. He shot 72 in the third round and finished in second place, three strokes behind leader Justin Leonard. Tiger Woods birdied his last four holes in the fourth round but finished one shot behind Beem, who posted a final round 68 to Woods’ 67. Beem was able to climb into the top 20 of the Official World Golf Ranking due to this victory.

Before this success, Beem mostly grabbed the headlines for Alan Shipnuck’s book Bud, Sweat, and Tees: A Walk on the Wild Side of the PGA Tour, which chronicled his rookie year on the tour and his frequently wild lifestyle with his caddie, Steve Duplantis.

Rich Beem was seen playing with the Uncle Ben logo on his shirt and cap. Beem secured a sponsorship arrangement with the famous rice brand before the 2002 PGA Tour season when he was ranked 129th on the money list.

Guggenheim Properties, Oakley, and Nelson Financial Group are some of the other companies which have endorsed Beem in the past.

Rich Beem is married to Sarah Beem. The couple lives in Austin, Texas. Beem’s elder son Michael Beem caddies for his father sometimes and is an avid golfer himself. In 2021, Rich and Micheal teamed up to participate in the PNC Championship.

Rich Beem has rediscovered his love for playing golf after calling it quits on his playing days and moving on to a sportscaster career. So, he has returned to the course lately. Therefore, Rich Beem’s net worth might rise within the next couple of years.