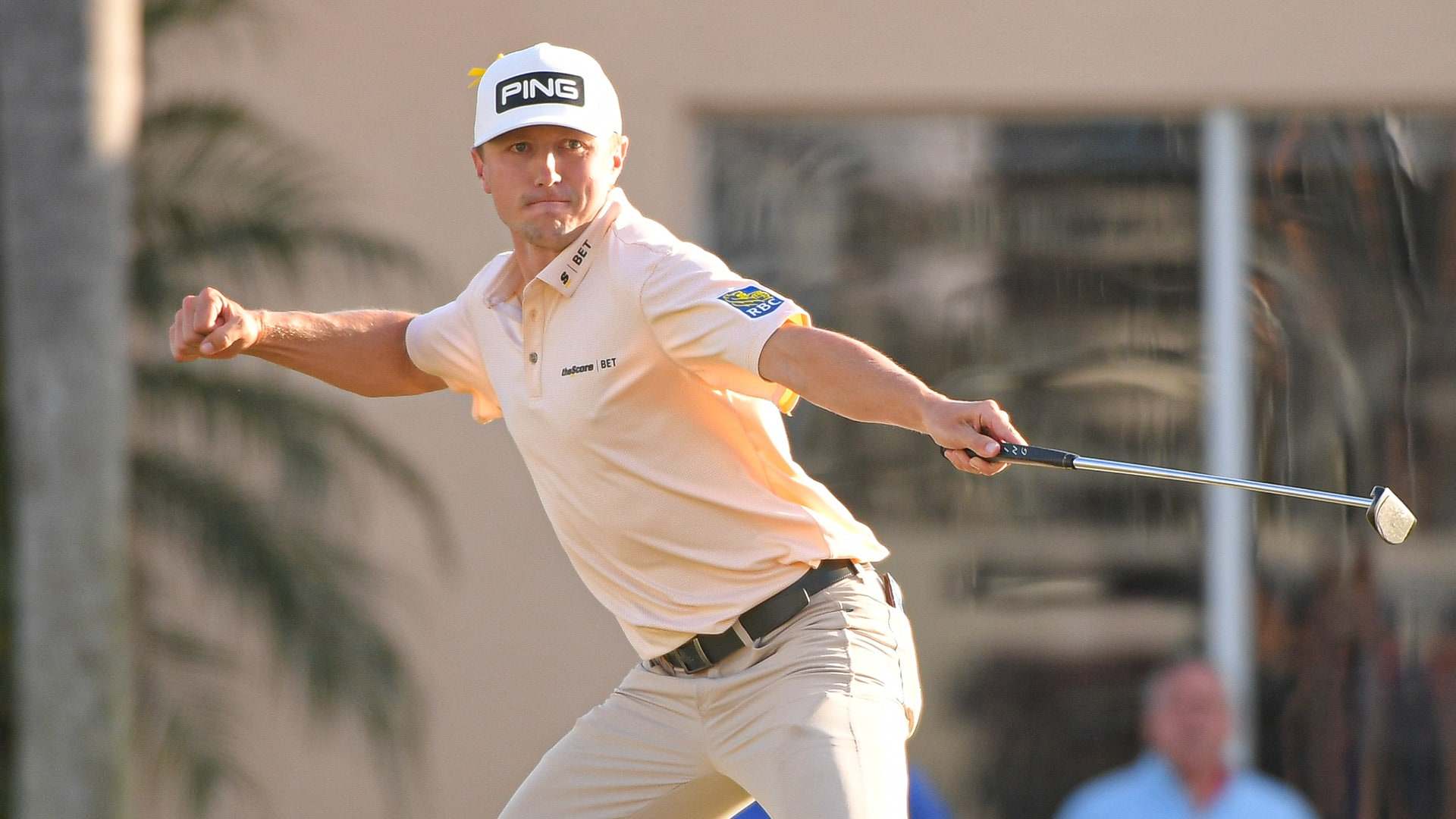 Mackenzie Hughes is a PGA Tour golfer from Canada. To date, his most notable accomplishments have been a T15 at the US Open, a T58 at the PGA Championship, and, more recently, a T40 at the Master’s Tournament in 2021. This piece will go through Mackenzie Hughes’s net worth and his career achievements. On top of that, we will also shed light on his personal life.

Hughes made his first money on the golf course at the Chile Classic in 2014. After finishing 70th in the payouts, he earned a total of $1,540. He competed in 19 Korn Ferry Tournaments that year, making the cut in six pools for a total of $10,442.

He earned roughly $10,000 in 2015 after bagging a 21st place finish in the Web.com Tour Qualifying Tournament on December 13.

He was qualified for 14 prize pools the following year, bringing him $209,403. Hughes received $2,355,554 in total earnings from 22 payouts in 2017, the majority of which came from his first-place performance at the RSM Classic.

According to ESPN, Mackenzie Hughes has raked in more than $7 million since making his professional debut in 2012. This leads us to believe Mackenzie Hughes’s net worth in 2022 is about $5 million.

Mackenzie Hughes walked down the aisle with Jenna Shaw, whom he had been dating for a long time, on October 22, 2016. Hughes married a month before his wire-to-wire triumph on the PGA Tour in 2016 and shortly before blowing out the candles on his 26th birthday. Per Golf Digest, the couple spent their honeymoon in Thailand.

The couple met for the first time at Kent State University in Ohio, completing their undergraduate degrees. However, we don’t know whether or not they graduated from the same department. Did they graduate in the same year? The couple did not make that information public as well.

Mackenzie and Jenna chose the Langtree Plantation in Lake Norman, North Carolina, as their wedding venue. The ceremony became a Kent State University reunion. Both the bride and groom were Kent alumni, and they invited their college friends.

His wedding appeared to be a lucky charm for Hughes as he came across his maiden PGA Tour trophy only a month after the special day. He made history, becoming the first rookie to claim the wire-to-wire on the Tour over the past two decades.

Mackenzie and Jenna postponed their honeymoon so that Mackenzie could concentrate on the Fall stretch of the Tour. Their abstinence proved fruitful as Mackenzie picked up his first-ever PGA Tour success in that period. With a million-dollar check in his pocket, Mackenzie flew to the honeymoon heavens of Thailand with Jenna later on.

In a later interview, Mackenzie revealed winning the RSM Classic did not influence their decision to go on honeymoon. They had all the arrangements before the tournament even started. The golfer gleefully admitted that the prize money did allow them to enjoy some extra perks. In his own words-

“We might do a couple more excursions now. Maybe she’ll get a couple more massages because I probably put her through some stress this weekend.”

Mackenzie and Jenna have two sons together. Their first son Kenton saw the light of the world on October 3, 2017, while his parents welcomed his younger brother Cohen on December 4, 2020.

After the arrival of their first son, Mackenzie joked on Twitter that he is now a “diaper game” expert. Mackenzie loves being a father and helps Jenna with the kids whenever he is home.

Jenna and Mackenzie are both social media users. They post regularly, share their family snaps, and congratulate each other on their anniversary. As we said, Jenna accompanies her husband in person during events. She also extends her support to her husband in cyberspace. You will see her cheering for her life partner on social media when he’s playing.

Jenna is from Fredonia, New York, a village in the state’s Chautauqua County. She graduated high school in 2008 from Fredonia High School. She moved to Charlotte, North Carolina, to pursue a career in marketing.

Mackenzie Hughes had won the Canadian Amateur Championship in 2011 and 2012 before turning pro in 2012. Hughes, who graduated from Kent State University and was the number one Canadian Amateur in 2011, was a key member of Team Canada’s National Squad in 2008, 2011, and 2012.

The eGolf Pro Tour and PGA Tour Canada were the first challenges Hughes took on as a professional golfer. He got the nod for the US Open in June 2013 after missing the cut in the 2012 and 2013 Canadian Opens. His first pro tournament triumph came at the 2013 Cape Breton Celtic Classic. After that, he won the 2013 PGA Tour Canada Order of Merit and secured a spot on the Web.com Tour in 2014.

Hughes only made seven cuts in twenty events, which stripped him of his credentials to participate in the most prestigious tournaments. He had to go through Q School to qualify for the Web.Com Tour in 2016. He lifted the Price Cutter Charity Championship trophy in August 2016 before advancing to the PGA Tour for the 2016-17 season.

The Hamilton native won the RSM Classic in November 2016, making him the first Canadian golfer to win on the PGA Tour since Nick Taylor, who conquered the Sanderson Farms Championship in 2014.

Hughes was also the first to walk away with a non-athlete event since Mark Weir’s victory at the 2007 Fry’s Electronics Open. Hughes finished tenth in the AT&T Pebble Beach Pro-Am, sixteenth at The Players Championship and thirteenth at the Dell Technologies Championship in 2017.

In March 2019, he finished second at the Corales Puntacana Resort & Club Championship on the PGA Tour. Graeme McDowell, the champion, beat him by a single shot. Hughes narrowly finished behind champion Im Sung-Jae at the Honda Classic on the PGA Tour, trailing him by one stroke. In June of the same year, he finished third in the Travelers Championship, which helped him to break into the top 100 in the global rankings for the first time.

As a Ping-sponsored golfer, Hughes only carries Ping gear in his bag. The first piece of equipment we can focus on is the Ping G425 LST Driver. This driver has a loft of nine degrees. The G425 is also his weapon of choice when it comes to the three wood, but it has a 14-degree loft.

Hughes also has a Ping G410 seven-wood with a loft of 18.5 degrees. Project X HZRDUS shafts are a common attribute of the woods you would find in Hughes’s arsenal.

Hughes has a collection of Ping irons, including the Ping i210s from the four-iron to the six-iron and the Ping S55s from the seven-iron to the pitching wedge. Both irons come with Project X 6.5 shafts.

Mackenzie Hughes is an ambitious golfer who aspires to add more to his list of honors before retirement. Therefore, Mackenzie Hughes’s net worth might reach an even higher level in the future.