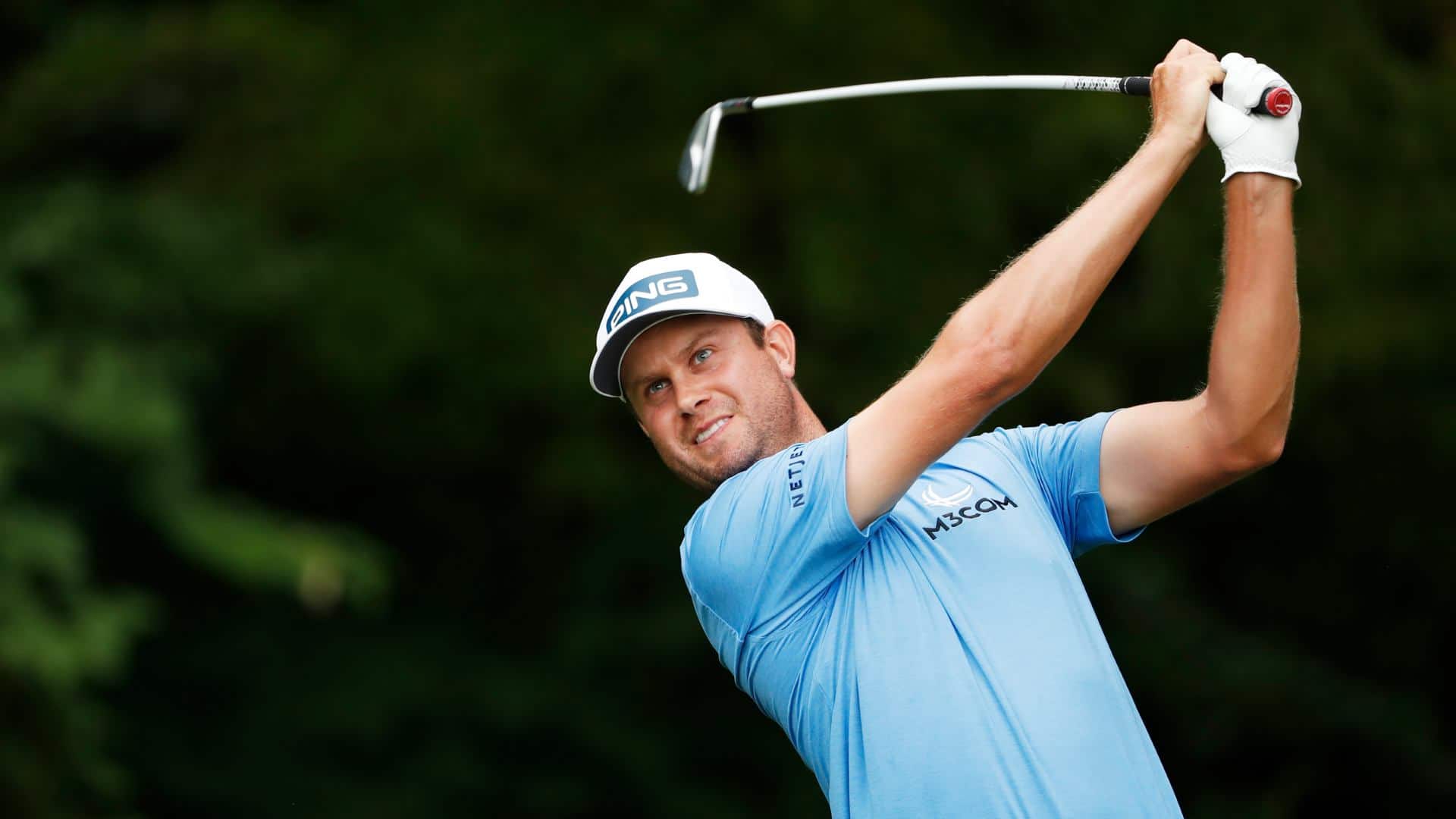 Harris English is a PGA Tour golfer with eight professional wins under his belt as of 2021. The American turned pro in 2011 and got his PGA Tour credentials the following year. While the pro golfer, also known as Harry English, won the Travelers Championship in 2021. This article will go through Harris English’s net worth, career, and other sides of his life.

English earned the most from the Mayakoba Golf Classic, where he made eight appearances and won the competition in 2013. He made as much as $1,682,374 playing the tournament.

Harris English also makes significant amounts of money from his equipment deal with Ping and apparel sponsorship from Nike.

Harris English was born in Valdosta, Georgia, on July 23, 1989. At present, he is a Sea Island, Georgia resident. He graduated from The Baylor School, winning the Tennessee individual state medal in 2005. Afterward, he enrolled in the University of Georgia in Athens to pursue a college business degree.

Harris English got into the Bulldog golf team when he was a high school junior at the University of Georgia. In 2011 he appeared in two Nationwide Tour events as an amateur and won both competitions.

Harry English did not share a lot about his personal life with the media, but we know his father used to play football. Other than that, we couldn’t find anything else about Harry English’s parents.

English turned professional in September 2011 after participating in the Walker Cup in Scotland earlier that year. The Soboba Golf Classic on the Nationwide Tour was his first event, and he came close to winning his second event, the WNB Golf Classic, but suffered a playoff defeat to Danny Lee.

Even though he agonizingly missed out on the trophy, his performance at the WNB Golf Classic catapulted him to the 75th position on the Nationwide Tour’s money list. Only three months after becoming a professional, he secured his PGA Tour card for 2012.

English had a memorable PGA Tour debut season as he made 22 out of 27 available cuts broke into the top ten on three events. As a result, he got to keep hold of his PGA Tour card and pocketed $1.18 million.

He snatched his first PGA Tour victory in June 2013 when he became the FedEx St. Jude Classic champion. After his maiden success in Memphis, English got his second PGA Tour victory at the OHL Classic in Mayakoba, which also took place in 2013. He scored 65 in the last round to grab a four strokes triumph over Brian Stuard.

English and J. B. Holmes were joint toppers at the Farmers Insurance Open’s 54-hole stage in February 2015. He birdied the 72nd hole to move alongside Holmes, Scott Stallings, and Jason Day to set up a four-man playoff in the final round. English hit his lay-up into the thick rough on the opening playoff hole and barely managed a par on the par-five 18th hole. Consequently, he got eliminated.

English came first in the Sentry Tournament of Champions in January 2021, where he grabbed a playoff win against Joquin Niemann. In September 2021, English represented Team USA in the Ryder Cup.

Let’s begin with Harris English’s driver, a Ping G400. It’s not the latest Ping has to offer, but the American feels comfortable using it. He has been using it for quite some while now. It has a nine-degree loft and comes equipped with a Mitsubishi Kuro Kage XT 70 X shaft.

Just like his driver preference, Ping G400 is English’s choice of fairways. The G400 fairways club features a Fujikura Atmos Blue Tour Spec 7 X shaft. Unsurprisingly, the loft of the fairways is higher than the driver, which is rated 14.5 degrees for loft. However, it’s not the definitive piece of his fairways range.

English decides to go with the Ping G410 Crossover on some turfs and conditions. It has a much superior loft (21 degrees).

Ping i500 three-iron is one of Harry English’s irons in his bag. The rest of his irons collection consists of Ping Blueprint irons, which begin at four-iron and extend all the way to nine-iron. The common factor among these clubs is that they come with a True Temper Dynamic Gold Tour Issue X100 shaft.

Being a Ping golfer, it’s not a surprise that Harry English only uses Ping wedges. Three out of his four wedges are Ping Glide 3.0 wedges. The loft ratings are 46, 52, and 56 degrees. The highest loft wedge he has in his bag is a 60-degree one. It’s not a Ping Glide 3.0, however. He picked up a Ping Glide Forged Pro to get maximum loft.

The last piece you will find in Harry English’s bag is his putter. It’s a Ping Scottsdale Hohum. He has been using this putter for a couple of years. Changing grips is the only modification English has made to the putter.

Like many of his peers, Harry English loves using Titleist Pro V1 balls. It has no competition because of its Soft Cast Urethane Elastomer Cover System, High-flex Casing Layer, and 2.0 ZG Process Core. These features combine to make the ball feel remarkably soft on the hand, giving it higher spin resistance and excellent trajectory.

In recent seasons, Harry English has been raking in vast amounts of prize money. If he retains his form and fitness, Harry English’s net worth will reach even greater heights within the next few years.