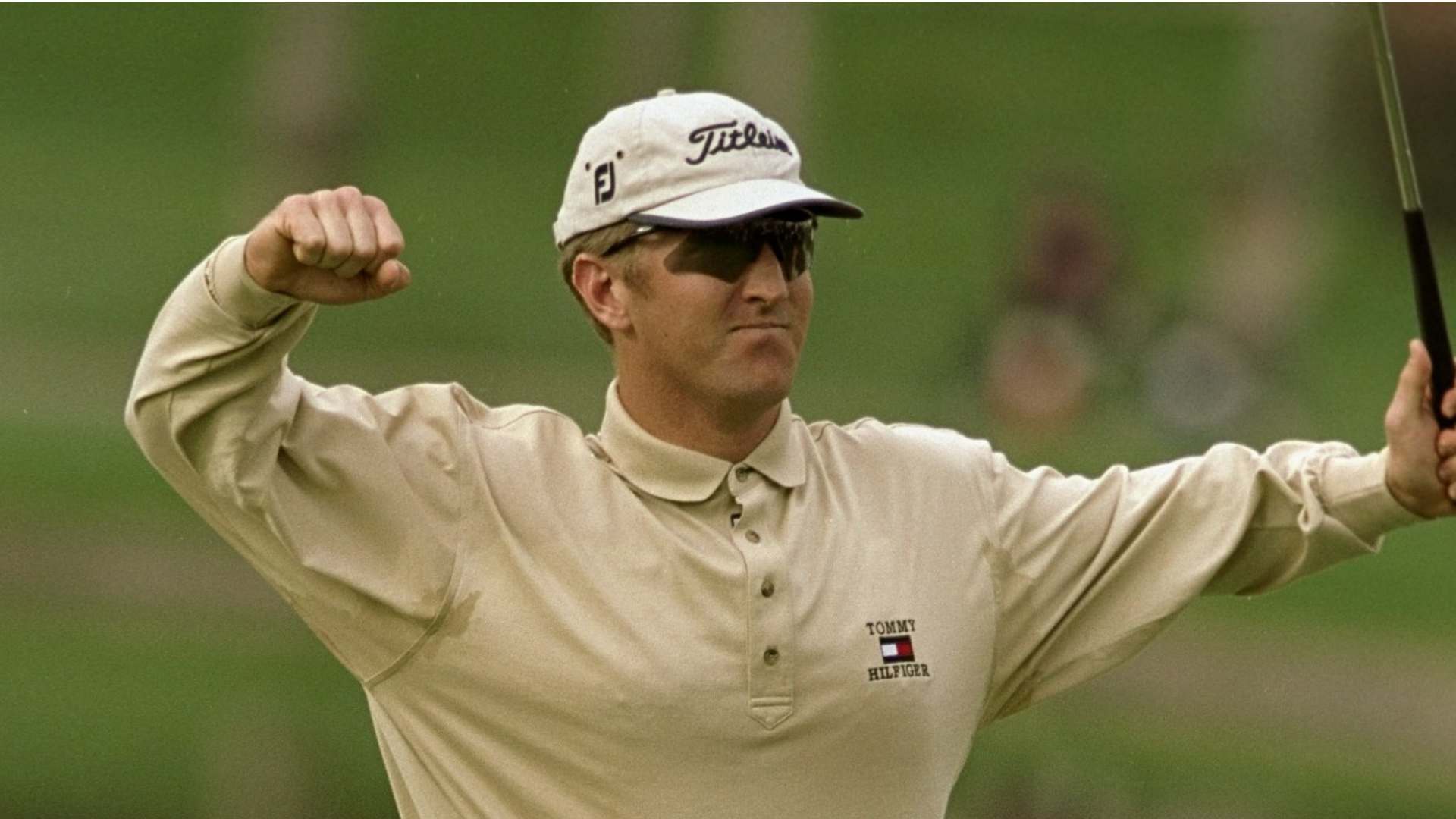 David Duval used to be one of the best golfers in the world during the mid-90s and the early 2000s. The American could not keep his career on track following his 2001 Open Championship win. Today, we will look back at David Duval’s career and reveal David Duval’s net worth in 2022.

After winning the biggest title in his career, Duval’s career took a steep nosedive. He fell to 80th on the money list in 2002, and the following year, he found himself in the 211th position. He decided to take a break from golf in an attempt to rediscover his form, but he never managed to get back to his best.

Many factors are responsible for the sudden downfall of Duval. Breakup with longtime girlfriend Julie McArthur, to whom he was engaged at one point, took a massive psychological toll on him. He also had physical issues as he had wrist and shoulder injuries and developed positional vertigo.

Duval has tried several times to get back to the top of his game, but efforts remained futile.

The former world number one is still an active golfer, but he also works as an analyst for Golf Channel. He has done some commentary work as well.

David Duval did not enjoy any significant success since 2001, but he still ranks 9th in the all-time PGA earnings list. Duval has taken home more than $56 million in earnings thanks to his incredible early career.

But, Duval has lost a lot of money over the years since his income dried up. Currently, David Duval has a net worth of $20 million.

In 1989, David Duval graduated from Jacksonville’s Episcopal High School and won the US Junior Amateur Championship. He carried on with his amateur career as a member of the Georgia Tech men’s golf team, where he was two-time ACC Player of the Year, a four-time first-team All-American, and 1993 National Player of the Year. After three rounds while attending college, he led the BellSouth Classic (which he would later win as a pro).

He acquired his PGA Tour card in 1995 after two years on the Nike Tour, where he won twice. From 1995 through 1997, Duval has seven second-place results on the PGA Tour, qualifying for the 1996 Presidents Cup and leading the champion American team to a 4–0–0 record.

But he didn’t win a PGA Tour event until the Michelob Championship at Kingsmill in October 1997, followed by two more victories in the same month, including the 1997 Tour Championship.

David Duval made history when he won the Players Championship as he became the first golfer in history to win a PGA trophy on the same day his father did. On March 28, 1999, Bob Duval won the PGA Tour Champions’ Emerald Coast Classic at the Moors Golf Club. His son David won the PGA Tour’s signature event, The Players Championship, roughly two hours later at the Stadium Course at TPC Sawgrass, 366 miles away.

Duval was born in Jacksonville, Florida, the son of golf teacher and club professional Bob Duval and Diane Poole Duval, a former member of the Florida State University Flying High Circus. Brent, his older brother, was two years older than him, and Deirdre, his younger sister, was five years younger. David’s father used to work at Timuquana Country Club when he was a kid, and it was there that he started to play golf.

Brent, David’s younger brother, was diagnosed with aplastic anemia when he was nine years old. The family sought care at Rainbow Babies & Children’s Hospital in Cleveland, Ohio, where David had bone marrow transplant surgery. Brent died of sepsis on May 17, 1981, when the transplant failed at the age of 12.

Bob Duval couldn’t handle the loss and left the family home for a year. In 1982, he reunited with his wife and children after receiving counseling, and David continued to get golf lessons from his father. In 1993, Bob left the family permanently as David was starting his professional golf career.

David Duval met his wife, Susan Persichitte, in 2003 when he visited Denver to participate in the International Tournament. Seven months after meeting each other for the first time in a pub, they exchanged vows. They have two children together: Braddy and Sienna. Susan has three children from another marriage: Dieno, Nick, and Shalene. They all grew up in the same family before moving out for academic and career pursuits. David and Susan live in Cherry Hills, Colorado.

In 2015, David Duval partnered up with Golfsquid.com. Golfsquid.com is a cloud-based online registration, payment processing, and event management platform for golf events centered in the greater Denver area.

He was previously sponsored by golf equipment giants Titleist, but they parted ways following some disagreements.

Duval uses a Titleist 917F3 fairway club with a 15-degree loft that has been knackered to the middle of the head. It is an old piece that has taken a fair amount of battle scars. The shaft on his Titleist three-wood is a Mitsubishi Tensei CK Pro White 70TX.

Duval has never been a big fan of 5-woods or hybrids, preferring to use long irons instead. Duval appears to be using more flexible, better-looking driving irons these days, rather than the blade 2-iron he used to go for in his peak years.

His Titleist U500 3-iron is paired with a graphite shaft from KBS Tour Hybrid Prototype.

Duval’s initials are etched on each of his three Cobra King Raw wedges. Duval has 50-degree, 54-degree, and 58-degree wedges, all with True Temper Dynamic Gold Tour Issue S400 shafts.

Due to unfortunate circumstances, David Duval could not hold on to the magnificent form he had shown in the early stages of his career. David Duval’s net worth has been depleted severely because of his recent underperforming, but it would still make most golfers envious.