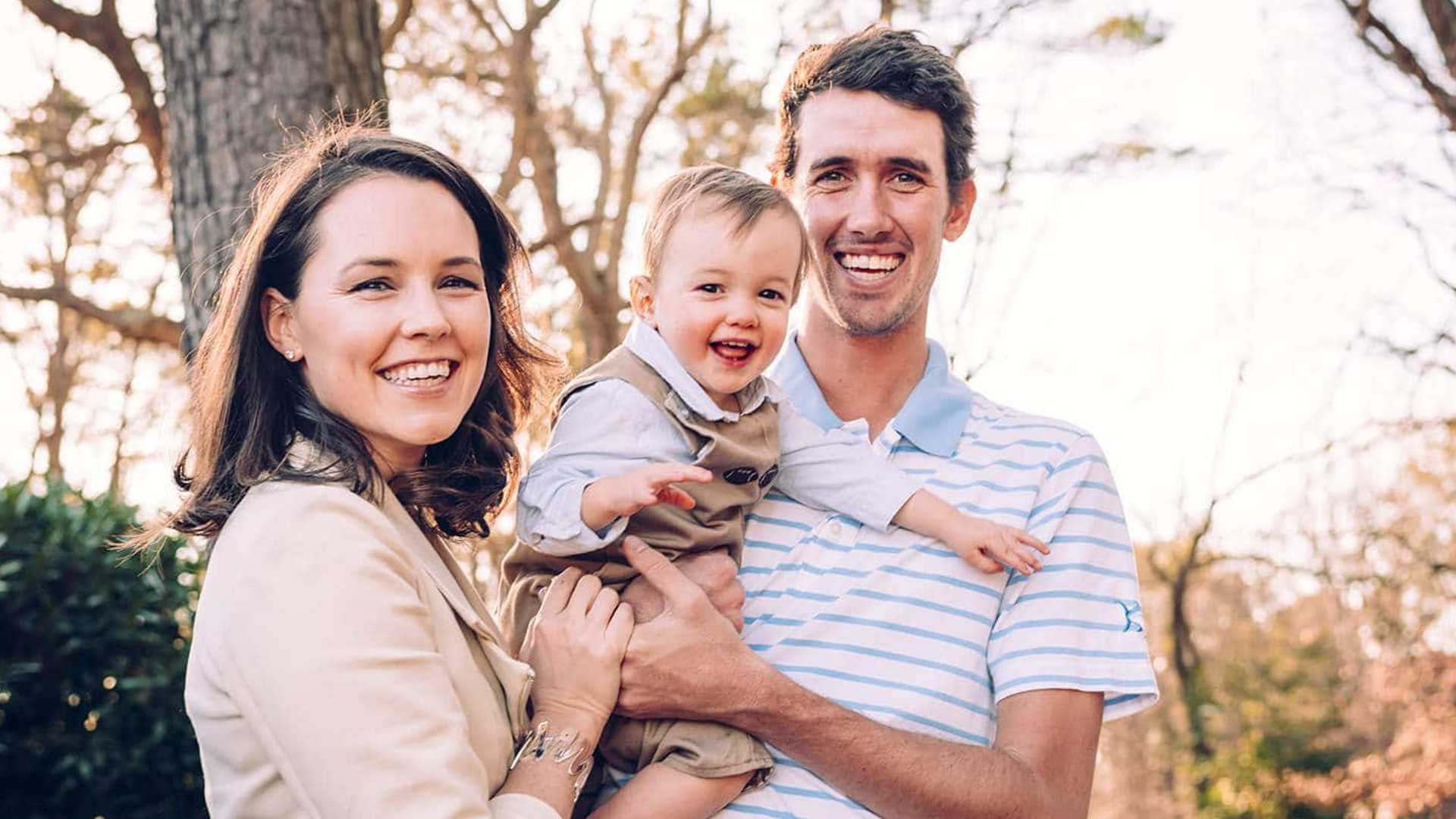 Chesson Hadley has a beautiful love story to tell with his wife, Amanda Geer. Amanda and Hadley have known each other since their elementary school days.
Hadley revealed Amanda had turned him down twice before accepting his plea the third time. Therefore, Amanda and Chesson did not become until they went to college, even though they first met years before.

However, they broke up for four months as they struggled to maintain a long-distance relationship during their college years. Chesson went to Georgia Tech while Amanda stayed in North Carolina and attended UNC-Chapel Hill. Even though they were more than 500 kilometers apart, they figured out a way to have a stable relationship afterward. Chesson was in the final year of college when they got back together.

Per Walter Magazine, the four-month hiatus coincided with Chesson Hadley’s worst slump in his junior golf career. Once he reconciled with Amanda, his performance improved drastically.

In July 2010, the couple tied the knot at The Pavillion at Angus Barn. It is a lakeside wedding venue in Raleigh, North Carolina. The Pavillion is one of the most beautiful wedding spots in the entire state.

Since Chesson Hadley’s rookie year, Amanda Hadley has been an active PGA Tour Wives Association member. Chesson praises his wife as one of his best inspirations in his professional and personal life.

Amanda is also the manager of her husband. She bears the responsibility of his finances, allowing Chesson to focus on his game solely. Having a bachelor’s degree in business journalism and a master’s in accounting, Amanda has the insight necessary to oversee the finances of a top athlete.

She also had ample experience before taking on her current job. She began working for EMC as an Associate Consultant for Financial Services after graduating in the top 10% of her class. In 2013, she moved to TIAA-CREF and worked there for eight months before working as Chesson’s manager.

Amanda is a practicing Christian. She is a board member in a Christian ministry in Raleigh. Her husband is a man of faith as well. Amanda says she loves how Chesson honors god and his family through his values. She also volunteers at a children’s school in her neighborhood.

The couple is proud parents of two children. When it comes to their kid Hughes, Amanda describes him as a little Chesson! She states that the father and son have similar appearances and personalities. In Amanda’s words, they are like “two peas in a pod.”

The family tries to keep a low profile and stay out of the public limelight. The couple is expecting the arrival of a third child soon.

Chesson Hadley was born in Raleigh, North Carolina, on July 5, 1987. His parents were Russell and Edna Ruth Hadley.