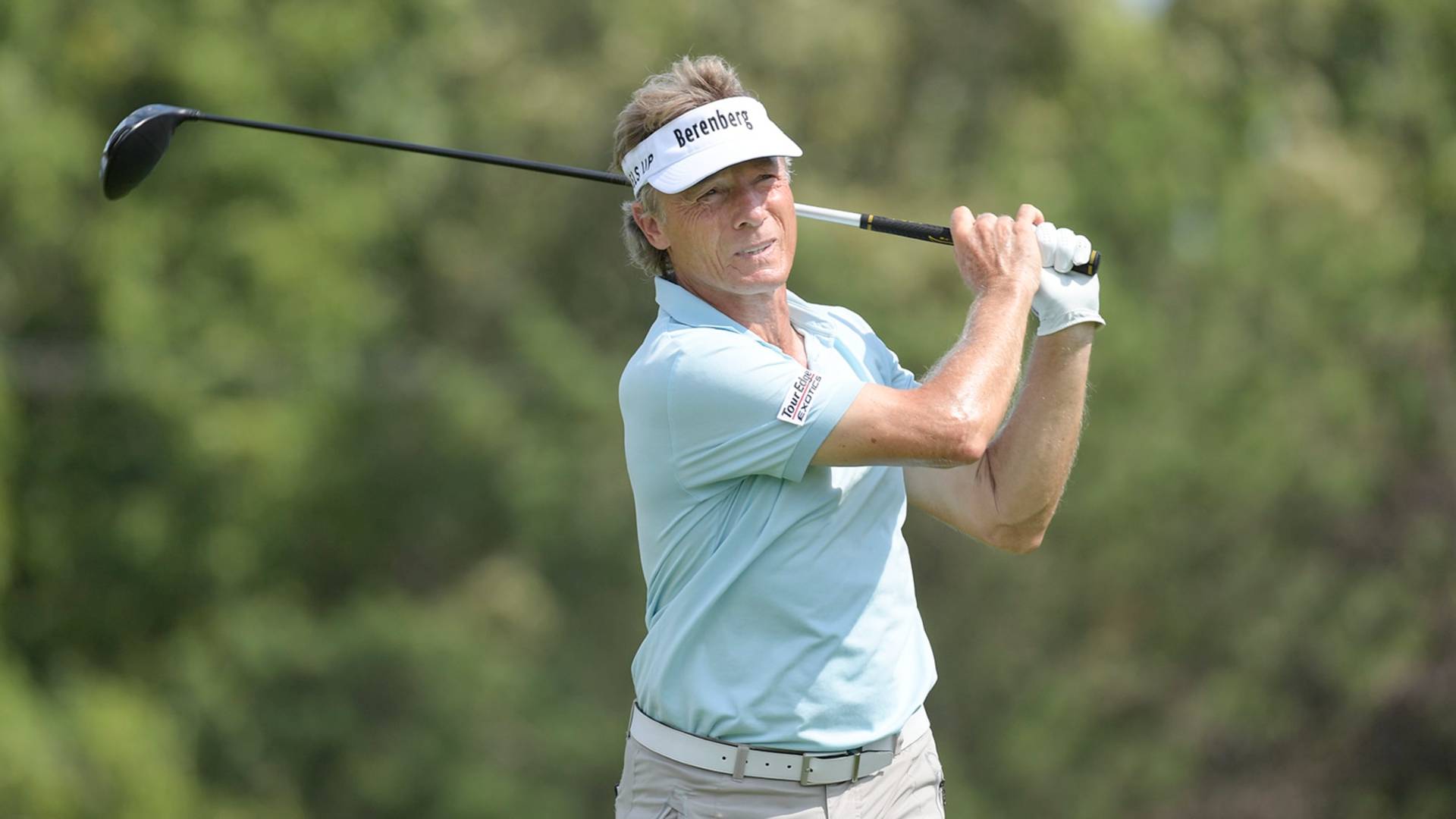 Bernhard Langer is one of the best European golfers to have ever graced the sport. Born in the German state of Bavaria, Langer had his best years in the court between the 1980s and the 1990s. He was the first-ever golfer to claim the number one spot when the golf world rankings began in 1986. This piece will discuss Bernhard Langer’s net worth and revisit his glorious career.

Factoring in Langer’s $8.2 million bonus for winning the Schwab Cup, Langer has finished 2021 with a senior career earning more than $40 million.

Besides tournament revenue, Bernhard Langer earns handsomely through endorsements. Thanks to his unwavering success, he remains one of the most marketable faces in golf.

In July 2021, Langer put pen to paper to wear the logo of US LBM, one of the largest building material suppliers in the US.

The German golfer is also sponsored by Wheels Up, a private jet company. He is a Mercedes Benz brand ambassador and signed an equipment deal with Tour Edge in February 2021.

Per our estimations, Bernhard Langer’s net worth is $35 million.

Bernhard Langer began his professional career in 1972 and has won numerous tournaments in Europe and the United States, along with two Masters titles in 1985 and 1993. When the Official World Golf Rankings (OWGR) started in 1986, he was the first world number one. In 2001, Langer was inducted into the World Golf Hall of Fame.

He has 42 career wins on the European Tour, the second-highest in history. He has also competed regularly on the PGA Tour in the United States, particularly in the late 1980s and since 2000. He tied for fifth place at The Open Championship the month before he turned 48, and three months before celebrating his 50th birthday, he was back in the top 100.

Langer is one of just five players, together with Gary Player, David Graham, Hale Irwin, and Justin Rose, who have won official tournaments across all six continents.

He made further changes in history books in the following years. He started 2016 by winning his sixth senior major event, the Regions Tradition, and picked up his 100th professional victory along the way. He wrapped up the year winning the Constellation Senior Players Championship, a record third-consecutive haul.

Langer won the Cologuard Classic in March 2020, marking his 41st victory on the PGA Tour Champions. Langer defeated Doug Barron in a playoff to win the Dominion Energy Charity Classic in October 2021. At 64 years, one month, and 27 days, he became the oldest man to take home the trophy of a PGA Tour Champions event.

Langer added the sixth Charles Schwab Cup in his trophy cabinet for the combined 2020-21 season in November 2021. Due to the COVID-19 epidemic, the Cup was given for two seasons of play.

Bernhard Langer married Vikki Carol in 1984 and has been happily married to the American since. The couple is parents to four children. Jackie, Stefan, Christina, and Jason. Langer insists he has always put his family ahead of his golfing career.

In an interview, he revealed he would have given up his chance of winning the Open at Turnberry in 1986 had he known his wife had gone to labor pain. Vikki did not tell Langer until their first daughter Jackie was delivered safely.

Langer has won the PNC Father/Son Challenge with his sons Stefan (’05, ’06) and Jason (’14). He also participated in the competition with his daughter Christina and came close to becoming the first golfer to win the tournament with three different children and a daughter.

Langer lives in Boca Raton, Florida, with his wife. He often travels to his hometown Anhausen and has a mansion there.

Mercedes Benz did not pass up on the opportunity to endorse the best German golfer of all time. Langer has been a Mercedes Benz brand ambassador for a long time and has a number of fancy Mercedes cars gracing his garages. With Mercedes sending him new cars every now and then, it is difficult to keep track of which car he is driving at the moment.

Bernhard Langer uses Ping G425 Max drivers, which are not that common in the bags of top golfers. The driver boasts the highest moment of inertia rating, making it one of the most high-tolerance clubs Ping ever produced.

It comes with a tungsten weight that can be adjusted. You can move the head’s center of gravity higher or lower without sacrificing performance, courtesy of the Dragonfly crown technology.

The TaylorMade SIM MAX, Langer’s 3-wood choice, has a stiffer flex than most other clubs. As a result, at the PGA Tour level, it ensures a better ball flight trajectory. At the same time, major golf technologies like speed injected twist face, Thru-Slot Speed Pocket, and inverted cone technology make it a really exciting pick.

For balls, Bernhard chooses the Titleist Pro V1x. The ball has a smooth outer surface, which delivers the best greenside spin and control in the short game.

When it comes to putters, Langer likes the Odyssey 2-Ball Long putter.

Even in his post-sixties, Bernhard Langer shows no signs of slowing down. We are sure that Bernhard Langer’s net worth will increase even further soon.