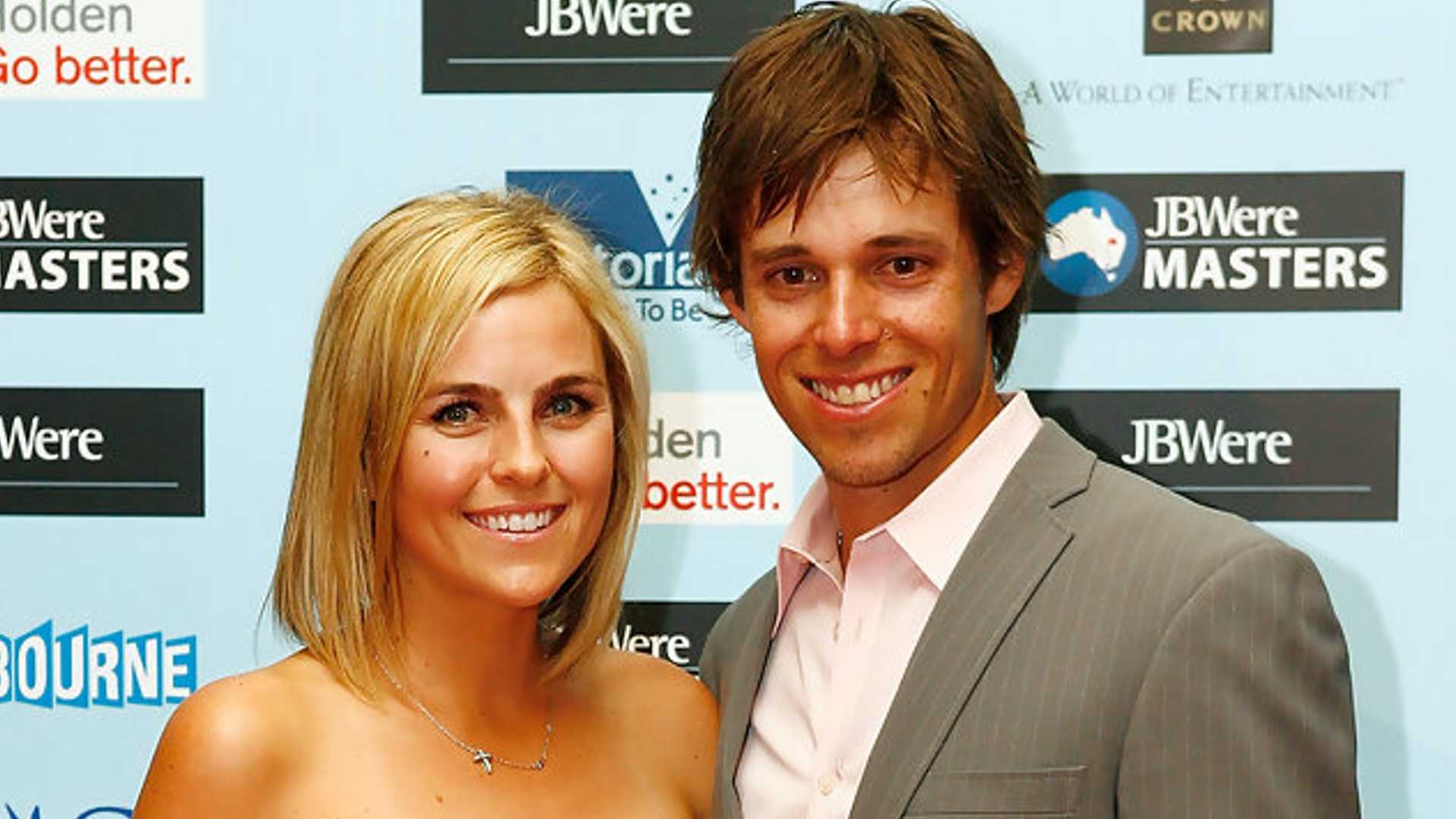 Aaron Baddeley has been married to Richelle Robbins, currently known as Richelle Baddeley, since 2005. The couple met two years before they tied the knot. Aaron Baddeley is a devoted Christian, and so is his wife. Having similar religious views brought the duo closer, and eventually, they decided to get married.

Richelle is an American, and she was born in Scottsdale, Arizona. She grew up in a big family, sharing the house with three sisters, Renee, Ricole, and Reanne. Before crossing paths with Aaron, Richelle used to run a daycare business. After marriage, she decided to leave her professional career behind and solely focus on her family.

Richelle was a successful entrepreneur. The daycare facility drew an impressive number of clients, and her clientele was regularly growing. However, she found it difficult to juggle her personal and professional lives after getting married.

Also, she had to be on the move regularly as Aaron frequently traveled to participate in various events. Even though the couple has a house in Scottsdale, Aaron would spend most of his free time in Melbourne. So, being in charge of the daycare became more and more difficult for Richelle. At one point, she decided to call it quits.

Richelle did not sell the daycare, however. She handed it over to her sisters. Renee, Ricole, and Renee, alongside their spouses, run the daycare operation now, and it has turned into a successful family business. We are not sure whether or not Richelle gets a share of the profit. Some sources claim Richelle has completely revoked her ownership of the company. Unfortunately, we can’t confirm that. But, we are inclined to believe it’s true.

Richelle has encouraged her husband to take up several philanthropic pursuits. The couple supports several charities. They are regular donors of HopeKids, an American charity working with cancer-affected children. We have also seen her attending several charity golf events besides her husband.

Richelle and Aaron have generously donated to organizations fighting against bushfires in Australia. In 2020, they held an auction and donated all the proceedings to the Australian Red Cross Disaster Relief and Recovery Fund. They put Baddeley’s clubs, caps, and autographed photos up for sale.

Aaron has also attributed his career resurgence to his loving wife. Richelle has provided him the mental support he needed to chin up and get his career back on track.

Aaron and Richelle are proud parents of six children. They have two daughters and four sons. The family lives in Melbourne, Australia. However, they also have a mansion in Scottsdale, Arizona, in the US.

The couple welcomed their youngest child Jedidah in 2020. They wanted to choose a name that starts with J, in line with their first five children, Jewell, Jolee, Jeremiah, Josiah, and Jaddex.

When Richelle was expecting Jedidah, Aaron participated in the Phoneix Open in her hometown of Scottsdale. His efforts of claiming a second Phoenix Open were futile, but that frustration did not last long as he was blessed with his sixth child shortly afterward.